So we stay home, open a bottle of wine and watch television.

And there’s shag all on.

Yes, I know there’s stuff on Netflix and what not.

But I’m talking here about the channels I get as part of the package for which I pay a small fortune.

It’s been relatively ok with the soccer back.

I’m really looking forward to the return of rugby.

Other Voices is a nice hour every now and then.

But other than that I can only say, Holy God what dreadful rubbish there is.

Reality tv I’ve mentioned before. It’s about as real as an election promise.

There are lots of repeats, largely of stuff that shouldn’t have been shown once let alone twice – with the exception of Reeling in the Years which they should show every night.

Which RTE was I looking at?

Ah here. There was only ONE RTE back then.

And we didn’t have BBC. Or ITV. Or anything else.

It started every day with the Angelus.

And then there was a children’s magazine. For four minutes,

That was followed by the Sports Final – all ten minutes of it.

And then the news for five minutes presented no doubt by Charles Mitchell.

We had the Doris Day Show with some guests who would no doubt be described as celebrities these days. Why? Because I never heard of them.

Doris was followed by Steady As She Go-Goes. What?

If that wasn’t enough the Nuacht was followed by a drama from the US and then, what excitement Greyhound Racing.

Fifteen minutes of news was followed by a movie starring Tony Hancock followed by the News and the National anthem. It was all over by 11.40, less than six hours after it started.

Of course, they’d dumbed down by then.
Easter Monday in 1966 had such programmes as Cuihne Cinn are Sheachtain na Casca, The Search for Ulysses, Insurrection On Behalf of the Provisional Government, A Terrible Beauty is Born and The Course of Irish History

And do you know what?

Compared to the output on things like the Comedy Channel, it was magnificent.

Yes, I know Friends was brilliant.

I think I’d take a dose of Ulysses instead of that overload. 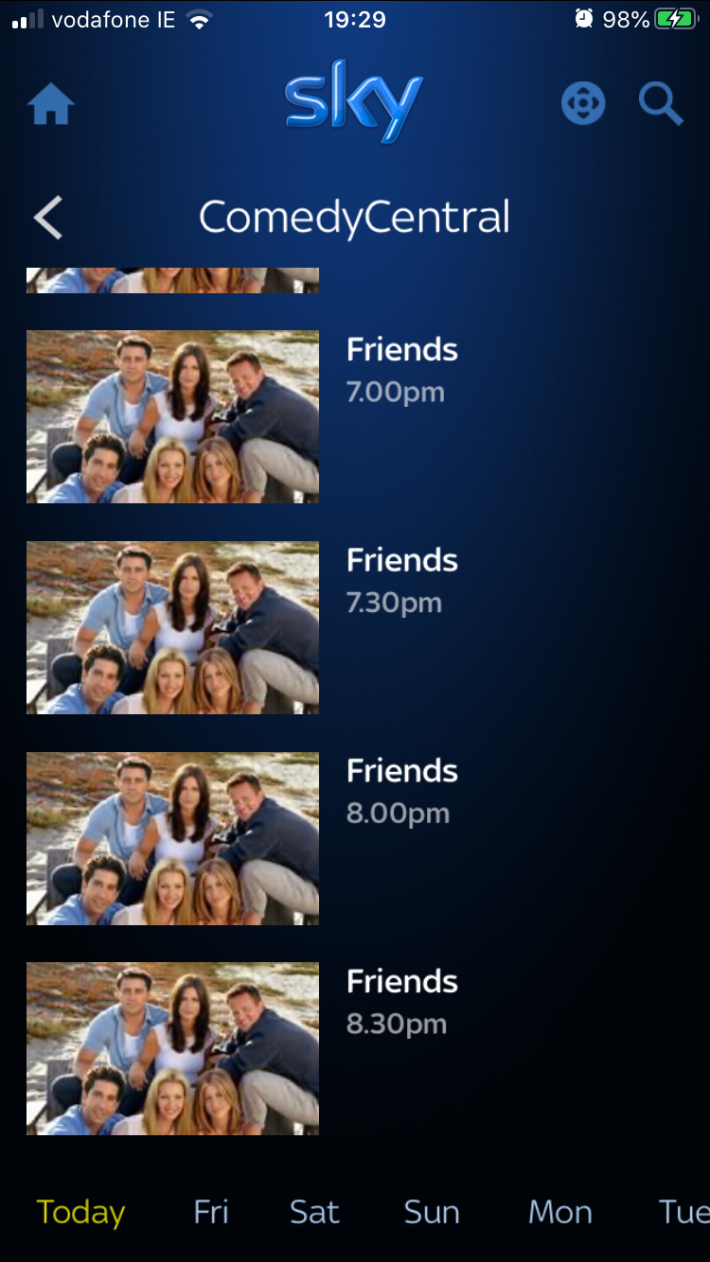