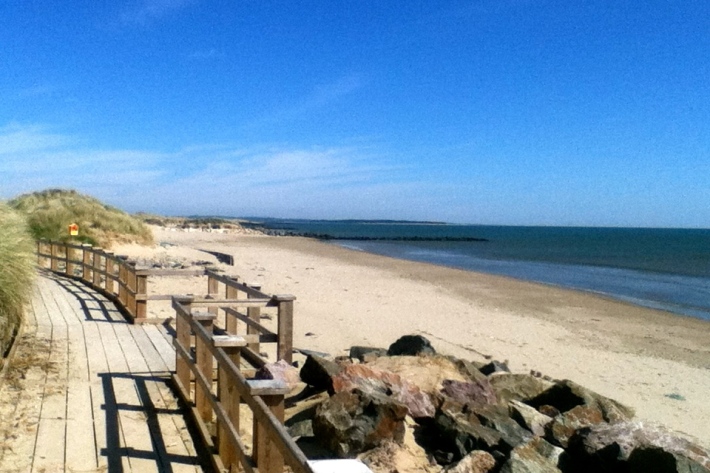 Some hanker after their teenage years.

I don’t. And, if things keep going the way they are, I doubt my daughter will hanker after her teenage years either, certainly not this year.

It must be incredibly tough to be a teenager right now.

Little prospect of getting together in a gang on a regular basis as long as the restrictions last.

Zero prospect a hug from a girlfriend, none (hopefully!) of a kiss and a cuddle with a boyfriend.

It’s going to be a difficult summer.

Surely, though, things are better for teenagers than they were half a century ago?

Sunny. In fact, my memory tells me that every summer I ever experienced in my youth was sunny. I don’t know why. They obviously weren’t. But I suppose we were happy and that makes the sun shine on our memories.

Fun. Well, that consisted of going down to Blackrock baths every day of the week to swim a little and hang out a lot.

Exotic holidays. Loughshinny, Rush, Skerries and Balbriggan. The closest we got to sunshine holidays, was when we drove down to Ardamine or Rosslare (well, it is a port) for a couple of weeks in a rented house or stayed in the Iona Hotel.

We didn’t even have a television in our rented houses.

We just talked. Or didn’t.

Or read books. Or didn’t.

And slept. Or didn’t.

And then we played on the beach again.

Of course things are difficult for children and teenagers now.

Hard to link up with friends. Hard that no holidays are planned, hoped for, but not planned.

But while the lockdown and the weather turning a bit foul are problems, they are nothing to the biggest problem of all.

“The wifi is on the blink.”

When I was 14 (God, I hate when people my age start a conversation with those four words) we had one channel on our black and white television.

Programmes began just before the Angelus at six and finished with the National Anthem long before midnight.

Even the one RTE Radio channel shut down for the afternoon. And it certainly didn’t broadcast all night.

That’s what we had to put up with as teenagers.

But there were worse things than lack of internet or tv or radio or sunshine.

And one of them was that I was lousy with girls. (You still are!) Oi. Who said that?

I was the messer in class, confident enough to take the Mickey out of teachers.

But when it came to girls, I was gutless. I blushed, I stammered, I hesitated.

But in Beckettian fashion I kept failing and failing better.

And we did have Blackrock Baths and sunshine and Rosslare.

Now they have Tik Tok and Snapchat and WhatsApp.

And even though, here I am on the internet, I think we were better off in 1965…

…apart from being lousy with girls.

1 thought on “A tough summer for teens. They might have the internet but we had the beach!”