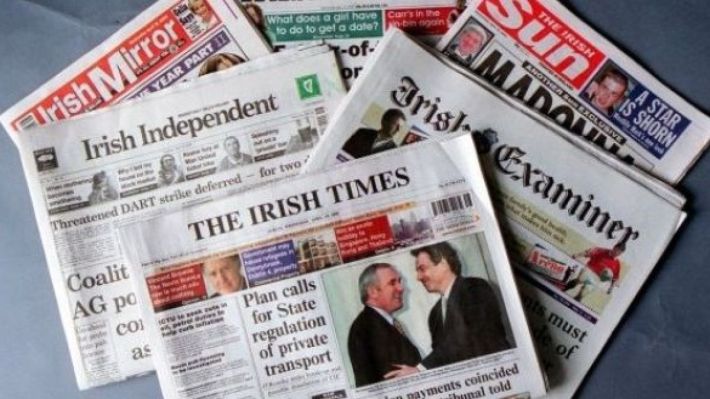 I’ve seen a few people on the internet in the last few days complaining about the ‘media conspiracy” in this country.

Normally, I’d just laugh it off.

But it’s time to come clean.

Of course there’s a conspiracy.

There always has been.

…let’s call them the powers that be.

I’d like to name names but when I was sworn in and shown the secret handshake and given the code words, I promised not to. I had to swear on a copy of the Irish Times to stay loyal to the conspiracy.

But I think we’ve been found out now. I think some of those people who have been going on about a media conspiracy for years, finally infiltrated one of our meetings.

It was probably the one in the RDS a couple of months ago. Yes, the RDS. There were hundreds of us there getting instructions about what to write or broadcast in the coming months.

You see, those Socialists* are right. We are under instructions to undermine them at every opportunity.

*(Please substitute “Conservatives” “Liberals” “Republicans” “Loyalist” “Pro-EU” “Pro-Brexit” or whatever particular philosophy is yours so that we can include you.)

Oh yes. Journalists from all the newspapers and RTE and Newstalk and Virgin One and Today FM and all the local radio stations, meet up every now and then to make our plans. Conspire if you like.

And then we return to our offices, all innocent looking, and get on with our work. Well, get on with putting out fake news.

When I think about it now, I realise that it probably took someone as intelligent as Donald Trump to spot our conspiracy.

But now that he has, well, we have to come clean.

We are all writing stories in opposition to (please insert here what it is you’re particularly paranoid about).

We have been told to write articles critical of (insert the name of the person with whose policies and agenda you agree.)

It’s all over now.

We’ll probably all just give up now that we’ve been found out.

Ah sure, it was fun while it lasted.